The Day I Lost You 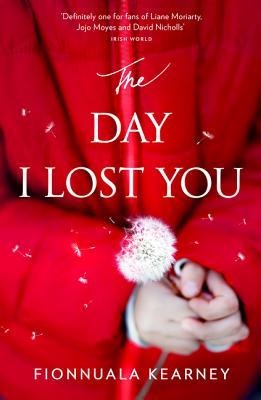 When Jess’s daughter, Anna, is reported lost in an avalanche, everything changes.

Left to explain her mother’s absence to Anna’s five-year-old daughter, Rose, Jess isn’t yet ready to admit to herself that her daughter might not be coming back. But Anna’s disappearance dredges up some life changing questions: Jess must uncover her daughter’s secret life – and unearth a secret that changes her world irrevocably.

The day I lost you was the day I discovered your secret life.

The day I lost you was the day you tore our family apart.

The perfect emotional and absorbing story for fans of Jojo Moyes and David Nicholls.

So, it is with a great regret but I haven’t read Fionnuala’s debut novel yet – and yet is the operative word! I have heard so many prizes about „You, Me and Other People” and after reading „The Day I Lost You” I could have find out by myself why people love this author so much, even though she has written only two books – well, „The Day I Lost You” is enough for me, as after reading it Ms Kearney has catapulted right to the top of my favourite authors list.

How well do we know the members of our closest family actually?

Now, about Jess. She was not as straight – forward as we could think at the beginning. I think some of her reactions or decisions were made on the spur of the moment, that some of them were even false but on the other hand, she was grieving, and I think we all react just like she did when we’re grieving. It only made her normal and real in my eyes. And really, while sometimes she seemed to be very emotional, I felt for her. She was convinced her life is a truly normal one but she had no idea what skeletons are hidden in her – or rather her daughter’s – closet, and that mostly she will have to clean this mess. It looked like that no matter which door she’s going to open, her daughter Anna has left more and more of her secrets, and the first one was just the beginning, and those feelings of confusion, disbelief and also betrayal that Jess felt were so greatly captured by the author.

I was totally, absolutely concerned and sold with the whole Jess’s family, especially with Leah and Gus. They were so incredibly supporting, and even though they tried to live normal, to come to terms with reality and everyday problems, there was always this word or two of consolation, small gestures that showed how much they love Jess, how much they feel sorry and that she can count on them. That is, till one moment in the book, and here we’re arriving at one of the twists that I haven’t seen coming. It took me totally, unexpectedly by surprise, it happened totally out of the blue. Because, you see, quickly, very quickly, I was absolutely sure that I guessed who Rose’s father is. All the writings on the wall were indicating him. I wasn’t sure what I think about it, as I also grow to like this character, but nevertheless, I was thousand per cent sure I got him right. Yes, I had one small moment of hesitation, when I thought that my way of thinking has some loop – holes but still, I was sure that’s him. So imagine please my surprise when the author, with one simple sentence, one simple question, told me that I was wrong! Really, high five to Fionnuala Kearney for taking me so much by surprise and yet making this so logical – now, in perspective, I can see it couldn’t be different. I really haven’t expected this bombshell – and I truly love it, when the author can spring such revelation on me, a revelation that I wasn’t expecting and that shocked me completely, and made me not sure how the story is going to develop after this.

The first part of the book is told through Jess and Theo’s points of view, together with Anna’s entries from her blog, while later it mostly focuses on Jess’s point of view. I liked how the author switched the narrative, how I was able to get really into the heart of the stories and to learn the story from all sides. The characters felt very real, true, they were not flawless, and I didn’t have any problem to connect with them or to relate to them, and the author has really put them through the mill! They had depth, all of them and were written very realistically and I had a feeling I am right there, by their sides.

„The Day I Lost You” is an incredibly well – plotted, powerful and intense novel and yet those feelings are not too overwhelming, they don’t make the book too hard too read. No, on the contrary, they are palpable through the pages but the writing style, the feelings of empathy make it so easy to read. And when we are by the writing style, it was incredible – some authors have this talent to write emotional novels but in a simple way, when you are just galloping through the pages, when you don’t feel tired, you just want to know what’s going to happen and you don’t want to put the book down for a single second – it was like this with „The Day I Lost You”. From the very beginning to the very end, this book held me tight, had me hooked, as I simply wanted to know how it’s going to end, in all aspects. And soon I have started to fear Anna’s entries to the blog, as there was always something new, a new fact.

Yes, this story was heart – breaking, especially the family aspect. It showed how vulnerable we are, and how, in fact, we are nothing without the support of our family and best, proven friends. It shows how easily the bonds can be broken, despite them being so strong, but also that sometimes those bonds are unbreakable, no matter what, and I mean here not only Jess and her sister, but also Rose and Sean. It was really uplifting.

This story has simply it all. It had twists and turns, there are some very unexpected and shocking revelations. It is written in this best way of writing style, this gentle, subtle way and you immediately feel like a part of the characters’ worlds. „The Day I Lost You” moved me, it is a kind of a book that you can’t forget, long after reading the last page, it is unpredictable. It deals with so many issues, it deals with heartbreak, with betrayal and lies, and the characters are deep down there, with all those issues, they are there for each step, and we are not sure if it was the last revelation, or if there is still something for them to discover and deal with. It was just a brilliant read – highly recommended! (And it is such a great feeling to know that there is „You, Me and Other People” waiting there for me to be read!)